Last week marked the conclusion of 2015’s North American International Auto Show. This annual event invites the world to Detroit in January, a really wonderful, WONDERFUL time to visit the Motor City – the dead of winter. My husband loves to go. When we first had moved in together, he didn’t come to the apartment with a lot of ‘personal effects’. But there were pictures of a past visit to the auto show shuffled in with shots of beloved family members and celebrations.

For the uninitiated, the auto show is all the major automotive brands doing one of three things.

Thing the first: ogling a pretty car none of us can touch. Exhibit A is the new GT from Ford. 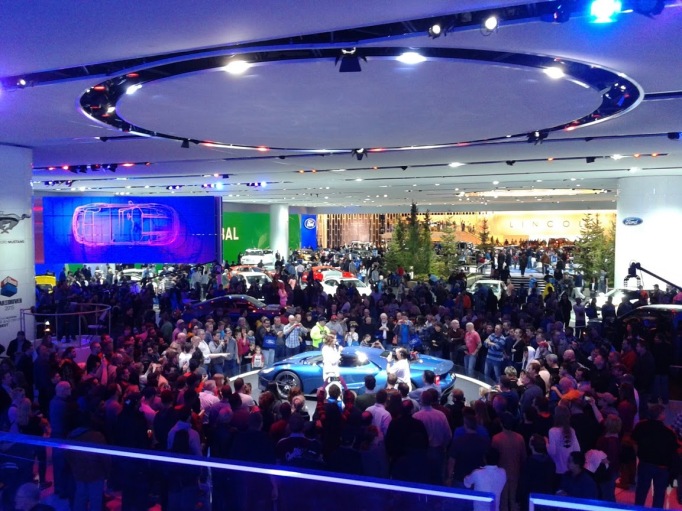 The third thing is the reason I tag along with my husband while he gets excited and judgey about cars. The third thing is the Parade of Marketing Opulence. In these displays, the lengths that the manufacturers go to with this ‘ooo ahh, wizz bang’ design to distract and delight you is just incredible. Originally I was taking pictures of car butts so I could do stuff like this: 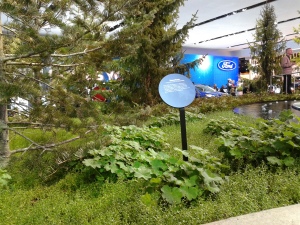 But instead I’ll share with you all the wizzbangery I found the most distracting. Let’s start with Ford. Behind that mob of people gawking at the GT, there was a goddamn forest. They planted a mini living forest inside their display. Inside of the forest was a park with cell phone chargers attached to benches, seats you could spin around in, and a giant camera that took picture of the park and displayed that picture on the ceiling. 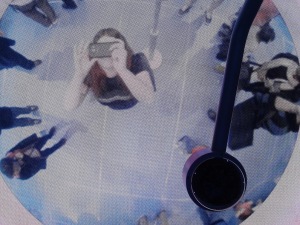 Here’s a picture of the picture that was taken of me and projected on the ceiling. Why can we do this and we don’t have flying cars? Don’t ask me.

Part of what makes the auto show unique is that you’re able to view cars in ways they’re not normally displayed. On their side, see-through, lifted up. 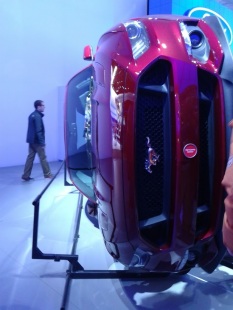 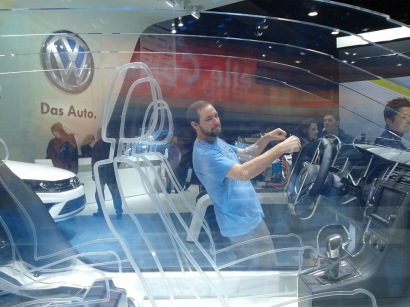 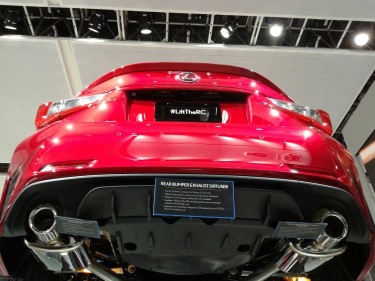 That last photo is a Lexus that’s on lifts, to draw attention to the “Rear Bumper Exhaust Diffuser”. I pointed out that my husband had one of those, too. Hashtag fart joke, hashtag LifttheRC.

But for everything that allowed uncommon visual access to the cars, there was a really weird thing happening for NO apparent reason. Take for example THIS abomination: 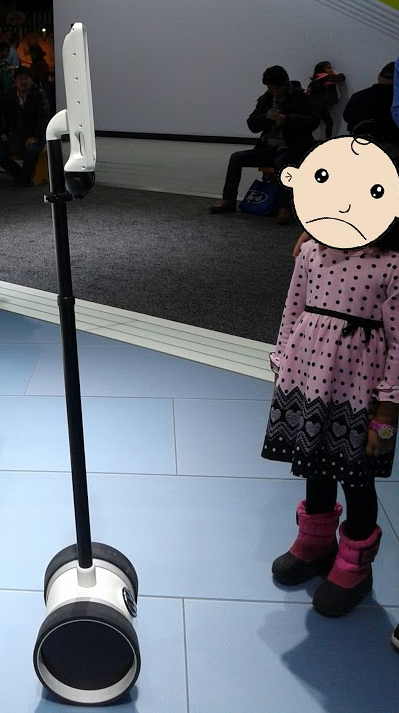 That is a talking iPad type thing strapped on to a rolling Segway, brought to you by Volkswagen. I say talking because there was a human person interacting people via a camera and asking them if they were enjoying the auto show, via the display on the non-iPad. It was weird. I have covered up the child’s face in this photo, ‘cause I didn’t know her, but let me assure you the expression is accurate.

There were people 3D printing a car BECAUSE THEY COULD. Car with a fish tank in it? SURE. You could high five a Michelin Man who was walking around or a dude dressed exactly as Abraham Lincoln (obviously a tie-in for the Lincoln MKC). My husband tried out the new virtual reality goggles called Oculus Rift and drove a virtual Lexus on a virtual race track. The experience felt very real but left him disoriented and feeling a bit drunk, which honestly I could use THAT to make a great analogy about the whole auto show experience but I have one more weird thing to show you.

Scion had a free swag vending machine that was triggered by an Instagram photo tagged with your GPS location. While this might feel creepy and like a violation of some kind of civil liberty of mine HEY COOL FREE STUFF. I, of course, used it as an opportunity to troll them. 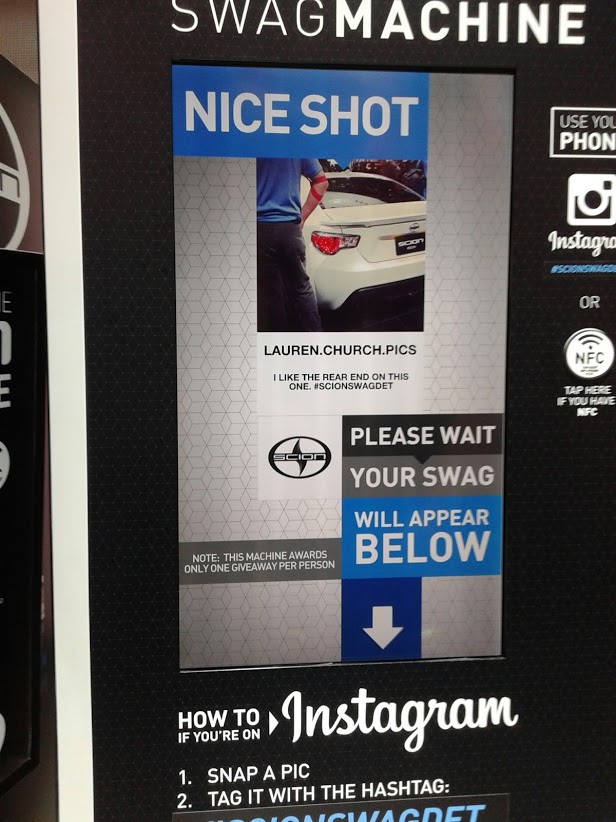 If you can’t tell, that is a picture of my husband’s butt and the butt of some Scion with the text, “I like the rear end on this one.” The Swag Machine has declared, “NICE SHOT”. I was rewarded with free earbuds.

So there you have it. The North American International Auto Show. I’d like to end this post with just one more photo. It’s actually the first photo I snapped when I was there. It was at the GT. There was this huge crowd and everyone was facing this tremendous blue bullet made of steel and carbon fiber and wonder. And there was this baby, on someone’s shoulders. 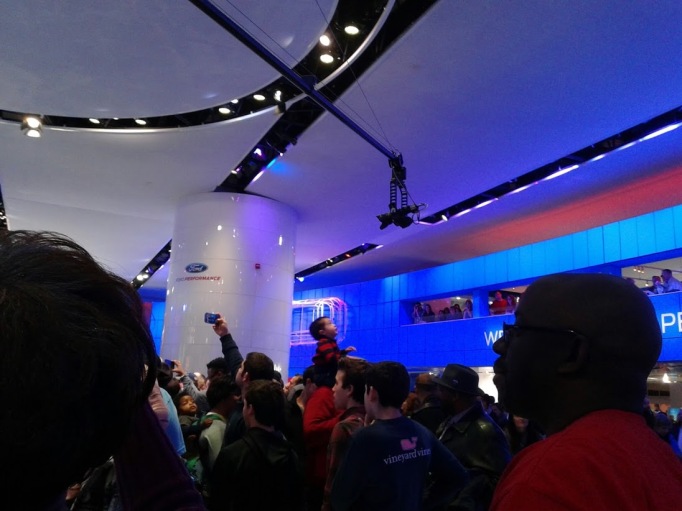 While everyone is facing towards the shiny car, the baby is looking at the camera (which nearly bonked him in the head). Keep your head turned, baby. Keep looking where no one else is. Perspective is everything.